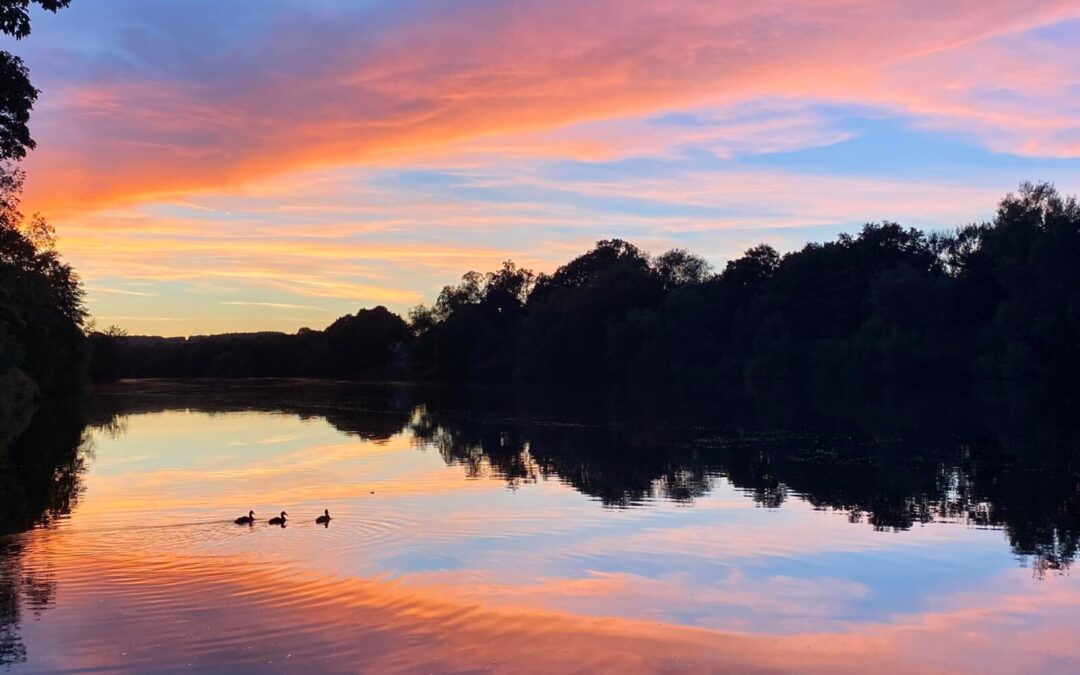 It’s been a while since the club visited Hexham, probably due to the fact that last time, Vera lost her camera there!!! Jamie suggested it might be nice, as the weather forecast was favourable and we hadn’t had such good weather there previously. We met in the car park and had a pleasant walk around the town, snapping as we went! In the park we happened upon a brass band having a practice, so we took the opportunity to rest up and listened to them for a few minutes. Unfortunately the Abbey was covered in scaffold, but we went around the back and photographed it from there, no scaffold was to be seen, thankfully… then we noticed the awesome evening light that was falling on the Abbey’s spires! We decided it would be pretty to watch (and photograph) the sunset from the river, so we scooted down and enjoyed one of the best sunsets I’ve ever seen… it was stunning! There were some paddle boarders on the river and the silhouettes they were creating were beautiful! A most enjoyable evening indeed!